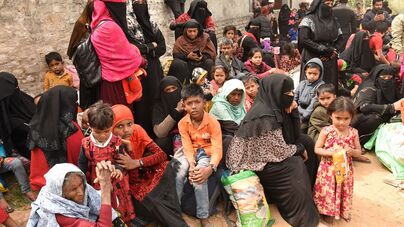 Justice For All Canada joins the Rohingya Human Rights Network, including 15 Canadian and US-based human rights agencies, non-profit organizations and community groups, calling on UN bodies to advocate for the protection of 150 Rohingya Muslim refugees in Jammu being deported to Burma.

These Rohingya asylum-seekers are reportedly facing deportation after being illegally jailed in Jammu. In their legal decision, Indian authorities have gravely violated UN Conventions and international customary laws on non-refoulement.

"Indian security has created a reputation of seeking Rohingya Muslims across India and sending them to jail. This treatment of Rohingya refugees is obviously unacceptable, because they are already forced to flee violence and persecution in Burma. This generates a sense of fear and panic among the country's Muslim refugee community looking for refuge in India," explained Taha Ghayyur, Executive Director of Justice For All Canada.

"Not only is India disenfranchising the people of Jammu and Kashmir, but it's also threatening to deport Rohingya Muslims at a time of great danger, with the Burmese military murdering over 700 nonviolent protesters and arresting and torturing others," said Adem Carroll, UN Program Director of Burma Task Force. "India is also one of the biggest arms dealers to Burma. As the world's largest democracy, India must and can do better," added Carroll.

"In 2019, India amended its Citizenship Act (CAA) to offer citizenship to persecuted non-Muslim minorities from neighbouring countries. India clearly shares its border with Myanmar," said Raees Ahmed of the Rohingya Human Rights Network. "Yet, India did not offer to shelter or grant citizenship to the Rohingya, a minority who fled Burma after facing genocidal persecution there. For political reasons, the Rohingya are being targeted because of the Hindu nationalist government's tendency to discriminate against all Muslims, including Indian-born Muslims," Ahmed explained.